Norbert Hornstein from the Linguistics Department at UMD discussed unification in syntax, which is “how various models of grammar are converging on ideas about the class of possible grammatical dependencies” (so how everything just works out).
Dr. Hornstein asked that before the lecture we review/learn government and binding theory (a syntax thing), which Alan wrote about in this post.
Notes are coming soon. There was no slideshow.

Dr. Hornstein asked that we review this stuff for his lecture tomorrow. See this PowerPoint from last year — text should help you follow along.

Transformation: We believe that we can apply transformations from sentences to create new sentences. For example, “you did buy what?” → “what did you buy?”

Traces: When a word moves, it leaves behind an unspoken word called a trace. For example, in “you did buy what?” → “whata did you buy ta?” the ta is the trace. Note that the second sentence gives you all the information that you need. So, by the we are lazy principle, we just don’t write out the first sentence.

Anaphora: An anaphor is a type of DP. Anaphora include reflexives (eg “himself”) and reciprocals (eg “each other”)

Referential Expressions: (aka r-expression) Any DP that’s not an anaphor or a pronoun (eg “the man”)

Co-reference: Two DPs are coreferenced if they refer to the same object. For example, in “Jessicaa hurt herselfa“, Jessica and herself are coreferenced. The subscripts tell us which things are co-referenced. Notice that traces are always coindexed with their head.

C-command: A node c-commands everything in that is below its sibling. For example, in the image to the right, A c-commands all nodes except M.

PRO: PRO is the overt (non-spoken) subject in finite clauses. For example, in “I want [PRO to sleep]”, PRO is the subject of “to sleep”.

The basic idea of behind binding (also called Government and Binding theory) is that there are three types of DPs: anaphora, pronouns, and referential expressions. Each type of DP can only be used in certain circumstances.

To formalize these rules, we’re going to define a relationship called bind. Node A binds node B iff

We then have three additional grammar rules regarding binding (spoiler alert: they’re incomplete):

END_OF_DOCUMENT_TOKEN_TO_BE_REPLACED

We talked about grammatical inference — how you would identify a language (and, by extension, how none of us have ever actually learned a language). Slides are available here.

We define an alphabet ∑, which we define as just some set of symbols. Some really common ones are the binary alphabet {0, 1}, and the Roman alphabet {A-Z, a-z}. For our purposes, it’ll probably be convenient to make our alphabet a set of words, like {He, she, ran, move, can, …}.

A language is just some set of strings. Usually, we’ll talk about infinite languages, languages which have an infinite number of strings.

A grammar is a set of rules that determine whether a string fits in a given language.

In 1967, EM Gold published his Language Identification to the Limit, which was the standard that all grammatical inference aspired to.

In language identification, we start with some family of languages L*. We choose some language L from L*, which is the target language. We then generate some text T (a text is just a sequence of strings) from L. The goal is to design some algorithm A to identify L from L* based on T.

A language is identifiable in the limit if after some finite number of strings in T, our algorithm will converge and guess the correct language. In other words:

is the text with n strings.

END_OF_DOCUMENT_TOKEN_TO_BE_REPLACED

First meeting of Linguistics this semester. We learned evolution of language, which should provide a good foundation for all the wonderful things we’ll be learning this year. We also got to a little NACLO practice.

One of the big questions is how human language evolved. Obviously, this is a hard problem. Unlike the evolution of the eye or something, language doesn’t leave a trace. There’s no fossil sentence we can dig up and study.

At first glance, it might not seem that human and animal languages are that different. After all, animals can communicate information very effectively (see the waggle dance) and some definitely have some form of grammar (bird song). In fact, we believe that humpback whale songs have hierarchical structure, something long thought unique to humans (the paper is available here. It’s a beautiful piece of information theory, well worth the read). So then, what really is the difference between humans and animals?

The two major differences between humans and animals are vocabulary and grammar. Human vocabulary is much, much richer than an animals. Humans know tens of thousands of words, while even the most complex animal languages have only a couple hundred symbols: about one hundreth of the size of humans’. Human vocabulary is also very fluid: words invented, changed, and forgotten all the time. The words in a novel today are very different from the words in a novel just 20 years ago. Animal vocabularies, by contrast, are very static. Their vocabularies hardly ever change.

The other major difference is the complexity of the grammar. Although, animals do have complex grammar, human language is even more complex. For example, only human language exhibits recursive properties. Human language also has a much greater variety of symbol patterns than other animal languages.

END_OF_DOCUMENT_TOKEN_TO_BE_REPLACED 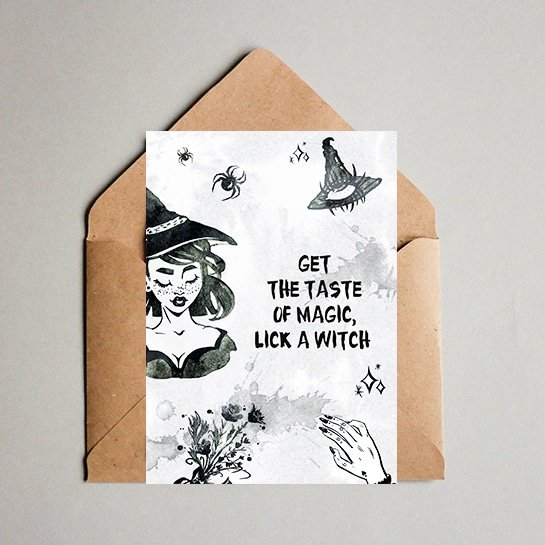 When was the very last time that you simply sent a postcard? Perhaps it absolutely was a long time ago. Today there are not many individuals who elect to send postcards as well as letters. They have been replaced by emails and mobile phone messages. It is a rare but pleasant event as we discover a postcard within our mail boxes. It is a way of communication that is will no longer in favor. If you happened to browse through the postcard selections that are available in several tourist spots then you might not have felt like purchasing one, not to mention mailing these to your friends, because images are not of proper quality and are more often than not obsolete. But did you know that there is a postcard mailing service available that will use the latest digital imaging technology? https://www.pinterest.com/masterbundles/coloring-postcards/ Choose a Target Market
The right off the bat you should choose is establish who your marketplace will likely be. To get the best results, you need to target every one of the local businesses that are within A� an inch of radius. If you are operational that is service oriented, just be sure you choose postcard printing that meets this requirement and educates your visitors.

Pick Me! Pick Me! How to Make Your Postcard Stand Out in a Mailbox

First, we start by defining that of a postcard is. Postcards or the business postcards are especially created cards meant to immediately attract attention. These cards usually come in three various sizes: some by six, five by seven, along with the 5.5 by 8.5. They are usually printed in thick and hard paper stocks to make them durable and long-lasting. And because these cards are small in proportions, printing and creating them is cheap. Likewise, it really is more effective to distribute them as clients and customers can see the knowledge which they want without opening an envelope. 3. Put in just a very short message – When shopping for special postcards, people often search for those while using shortest possible message. They don’t like postcards that take very long to see since is only a hassle for most, especially for the receiver from the color postcard itself. That is why when you’re designing your postcards available, gradually alter limit the length of the message itself. The shorter it’s, the better the outcomes are and the more profits you’re going to get for postcard printing. These cards get find out more often than other marketing materials – because they cards are ready to be read and therefore are not stuffed or put in envelopes, men and women likely be encouraged to read your message. Promotional envelopes can be identified and frequently included the trash without even opening them.